I’m speeding down the busy main roads in the south of D.F., rain battering the windows, in the back of a jeep struggling to pull on my socks and boots. As we barrel around a corner, narrowly missing the taxi parked in the middle of the road, straddling two lanes, Poncho, sitting in the passenger seat asks ‘a que hora es el comienzo?’ Carlos, driving one-handed, delves into his rucksack, grabs his phone, and replies ‘a dies y quarto, tenemos siete minutos’. Poncho turns around, beams at me, and says in English ‘excellent! We’re on time, now we’ve got the English guy we aren’t late like Mexicans anymore!’. 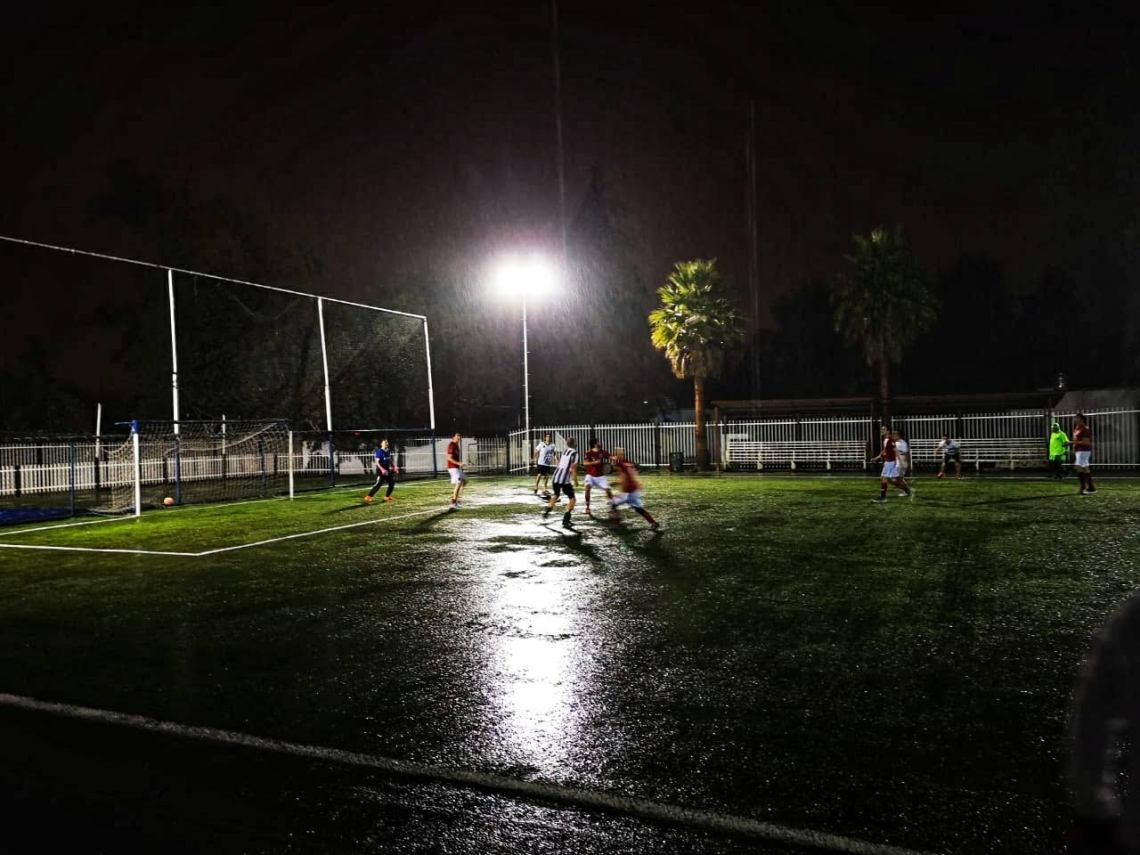 My first experience playing football in Mexico City was an interesting one. We started at 10 15pm, which I found quite unusual, and despite this late start we still arrived at the pitch with a mere two minutes to go. In London I would have bitten my nails to the quick at this, but everyone here was relaxed. My new teammates had already nicknamed me ‘Beckham’, demonstrating that they definitely had never seen me play. About five minutes before we started, the heavens opened, and a barrage of relentless wetness continued until the middle of the second half. The pitch, despite being artificial grass, became a lake of giant puddles interspersed with islands of rubber crumb-filled dry land, which made the swift, technical passing game I’d expected a nonsense, and the tried and tested tactic of ‘lump it up to the big man’ was the only way forward. This made me feel quite at home. 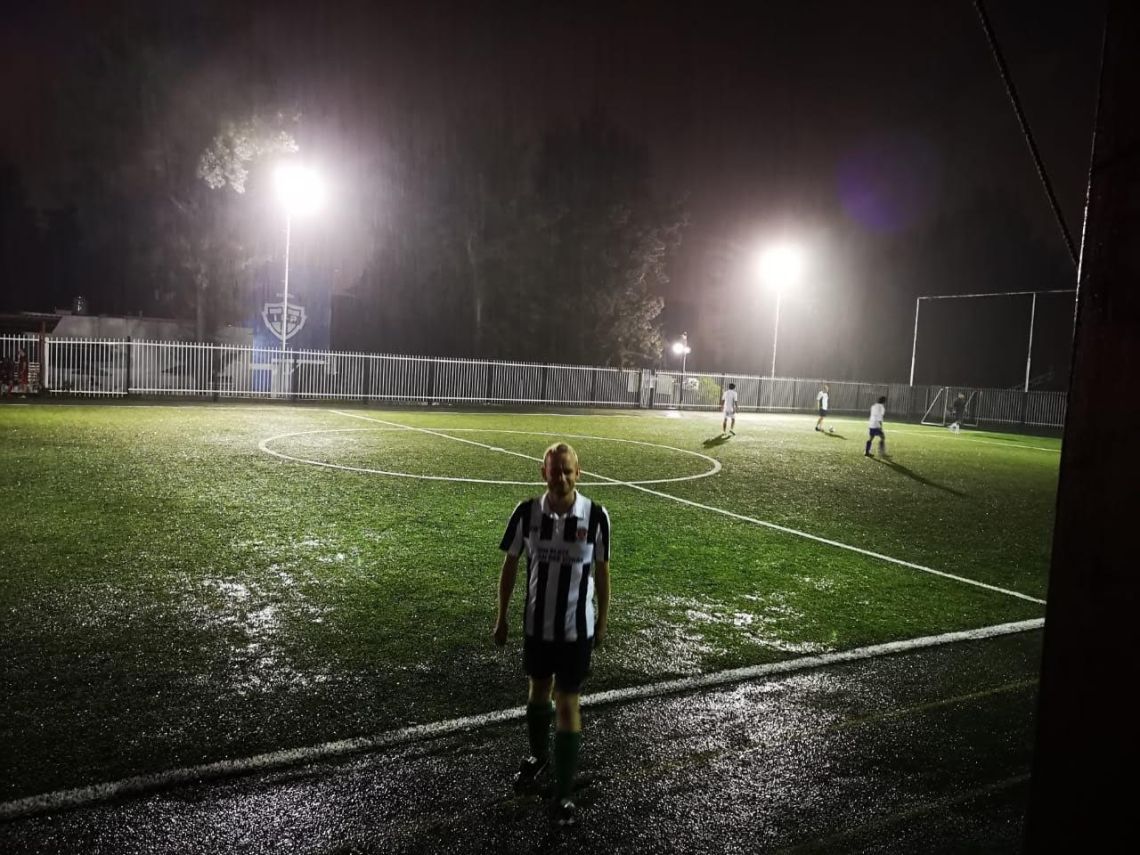 Much of the actual football passed me by a little, as my clothes absorbed the entirety of the tropical storm, and I wheezed around the pitch, my lungs as yet not adjusted to the altitude of 7,500 feet at all. This is something I’ve found incredibly strange here, as when walking about there is almost no indication that the slightest bit of strenuous exercise results in fire in my lungs, shallow, urgent breaths, and a complete inability to run harder than a gentle jog. I’m hoping that this will, in time, sort itself out, as currently puffing around the Amsterdam running circuit in La Condesa, or chasing the ball as if through treacle is demoralising (although hilarious for anyone watching). 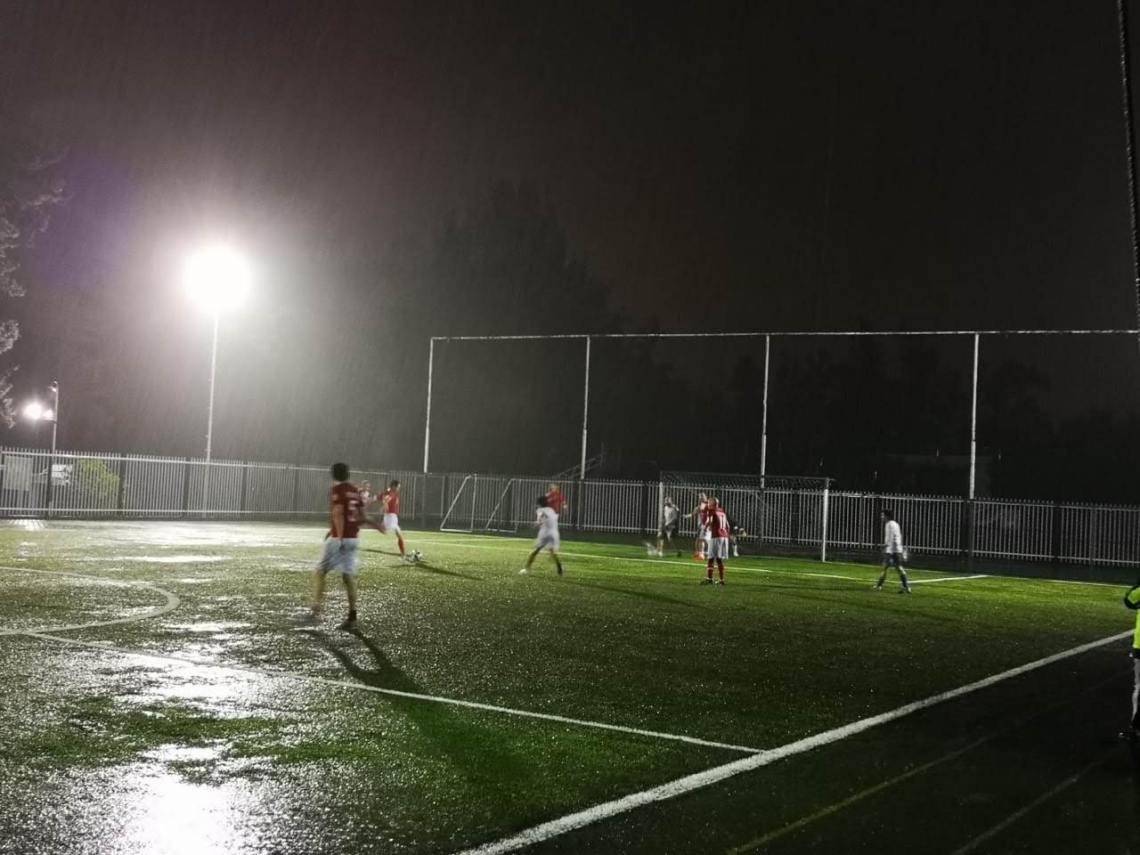 The biggest challenge, however, was one of language. It’s fascinating to discover just how important communication is in playing sport, and little things that you take for granted, even just shouting ‘here!’, become something you have to think about. I hadn’t realised quite how much of even my limited footballing ability relied on pure, instinctive language. On so many occasions on this wet, windy Wednesday in deepest, darkest San Angel, by the time I’d worked out the Spanish for ‘on the left’, or ‘over the top’, the game had moved on, and I looked slow of thought, as well as of leg. My task before next week is to learn the full footballing lexicon in Spanish, so I am able to shout ‘man-on’, ‘get rid’, and reassure my teammates that it is ‘still nil-nil, lads’. 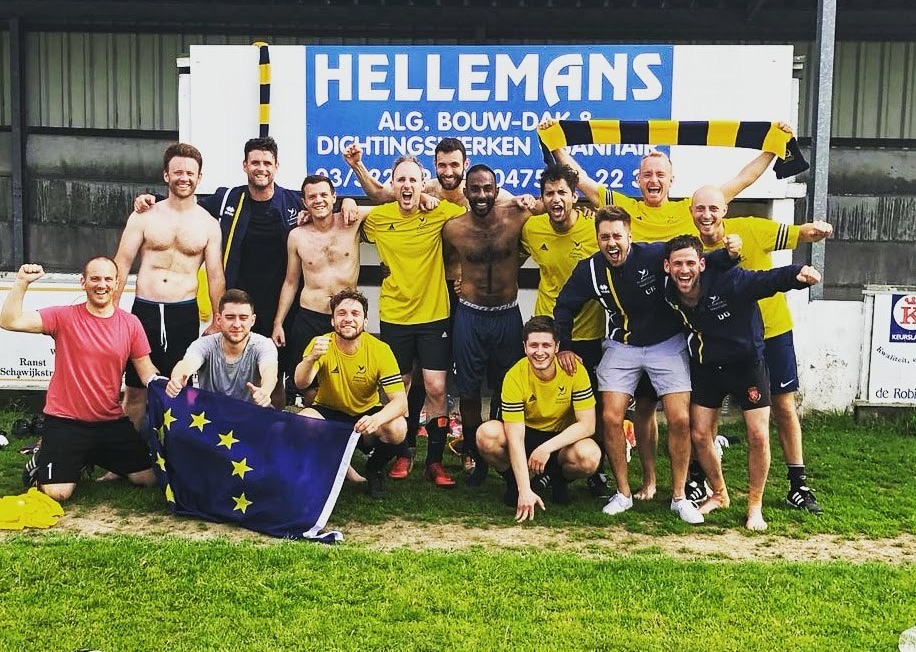 It goes without saying that no new team, or new people, will ever adequately replace the guys I’ve left in England, and I obviously miss the idiots above immensely, for a whole host of reasons not all of them related to football. The aim therefore is to prepare the way for the Spartak Tour of Mexico City in 2019…