I had never heard of Leonora Carrington before moving to Mexico. Not necessarily that surprising – I’m not exactly an art critic, with more of a ‘I knows what I like and I likes what I know’ attitude to art, but it seemed a little odd to discover an artist born in Lancaster for the first time in Mexico City. 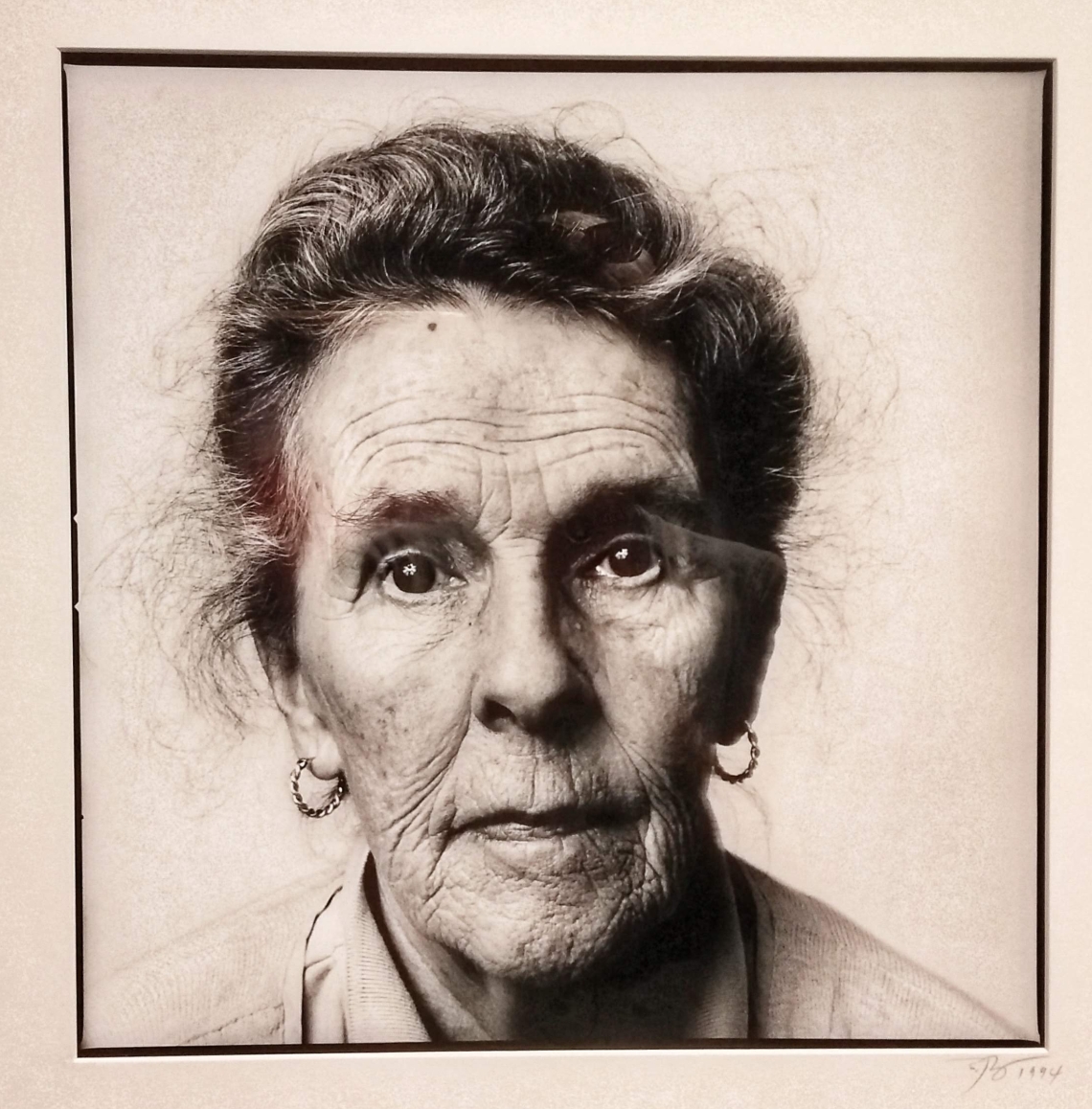 Myriam first mentioned her in passing, when I was out here in April, as her grandmother had been friends with her, and as she was from England originally it seemed possible that I might have heard of her. I (shamefully) barely gave it a second thought, assuming that she was just another English artist abroad, probably perfectly fine but nothing for me to pay too much attention to.

I was, however, completely blown away. The exhibition, Leonora Carrington: Cuentos Magicos at the Museo de Arte Moderno in the middle of Chapultepec Forest, was absolutely stunning.

Leonora Carrington grew up in Chorley, Lancashire (about 30 miles from where my Dad was born and raised), the daughter of a wealth textile factory owner. Her upbringing was strict, and her father seems to have significantly discouraged her interest in art. She eloped to Paris with the German surrealist Max Ernst in the late 30s, where she became involved in the Surrealist movement. Ernst was arrested by both the French authorities (for being too German) and then the Gestapo (for being too degenerate), and eventually escaped to America, abandoning Leonora. Her mental health suffered, and she fled to Spain, had a breakdown, was hospitalised, treated (in the fairly violent, uncompromising manner of mental health treatment of the time) and eventually escaping from an asylum and taking sanctuary in the Mexican Embassy in Lisbon. She managed to arrange passage to Mexico City, via a marriage of convenience, where she lived, on and off, for the rest of her life, part of the society of artists and political exiles in Mexico which existed throughout the mid to late 20th century.

Combining traditional themes from Mexica culture with extraordinary surrealism, and fantastical hallucinogenic characters straight out of a fever dream, her paintings drag you into a Mexico that seems to exist just on the edge of one’s peripheral vision, an incredible weirdness that yet seems to make sense, and be almost familiar. I felt that she manages to capture the vibrancy and peculiarity of Mexican life better than anything else I’ve seen so far, despite the weirdness and imaginary nature of her themes and figures. The dream-like magical realism of her characters and landscapes combines perfectly with the almost aggressively banal titles of her works, building a portrait (to me) of what life must have been like for a girl from Northern England who ended up in the world of art, literature and politics that existed in Mexico in the post-war period.

The exhibition at the Museo de Arte Moderno was the first of her works for nearly 25 years, and featured 20 pieces never previously exhibited. It takes you through Leonora’s life, and her creative timeline, creating, piece by piece, a picture of the artist made entirely from her work. The influence of her strict upbringing, her experiences in France during the Second World War, and her breakdown, hospitalisation and hospitalisation in Spain are all writ large, as is the traumatic atmosphere of the emigre art world in Mexico, with exiles from Franco’s Spain, Stalin’s USSR and Hitler’s Europe, with the spectre of the Holocaust hanging over everything. Yet her work is simultaneously infused with a sense of joy in the natural world, and wonder at the magical worlds of Central American and Celtic myth and legend. 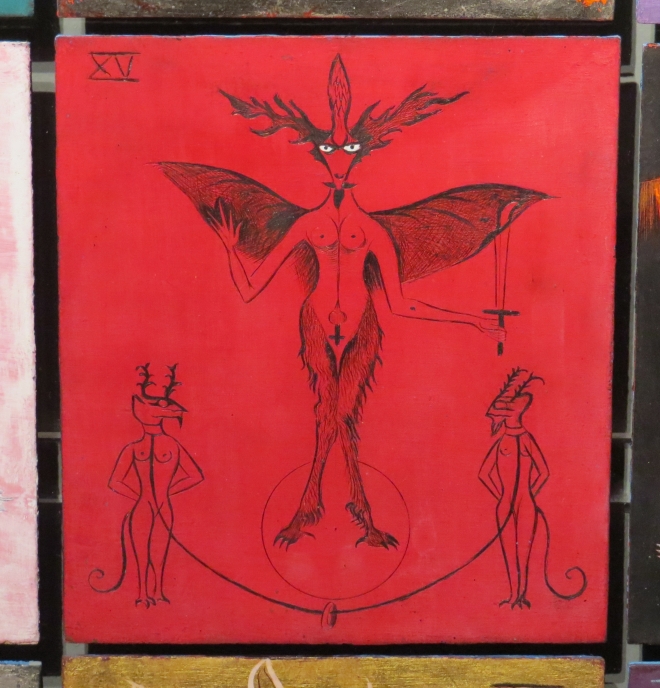 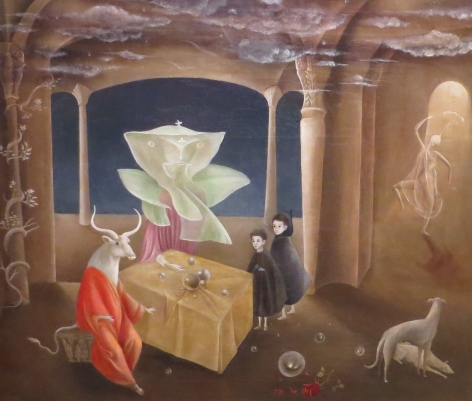 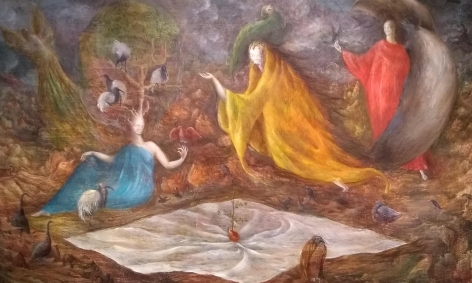 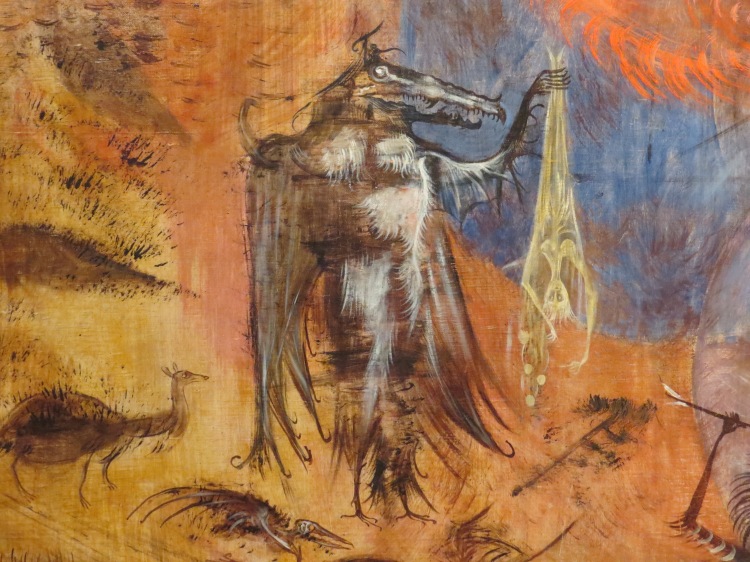 The splicing of Mexican and Celtic themes brought to mind the films of Guillermo del Toro – the monstrous figures of Pan’s Labyrinth, and the more fantastical characters in Hellboy 2: The Golden Army (I’m not ashamed that I’ve seen this twice), could have sprung straight from one of her paintings. Pan’s Labyrinth in particular has incredible resonance, being a dream-like escapism from a traumatic home life, and a reflection of the authoritarian brutality of fascist Spain.

This exhibition was the first time in a long while that I’d encountered an artist I’d never heard of before who I immediately loved. We spent a good two hours wandering slowly around the excellent Museo de Arte Moderno, and I’ve come away wanting to read her literature, read more about Mexican surrealism and myth, and read Robert Graves’ The White Goddess. There’s also a film coming out in October, Female Human Animal about a woman haunted by Leonora Carrington’s works following a retrospective at the Tate, which sounds fascinating. I think the premiere is at the Curzon Soho on October 3rd… 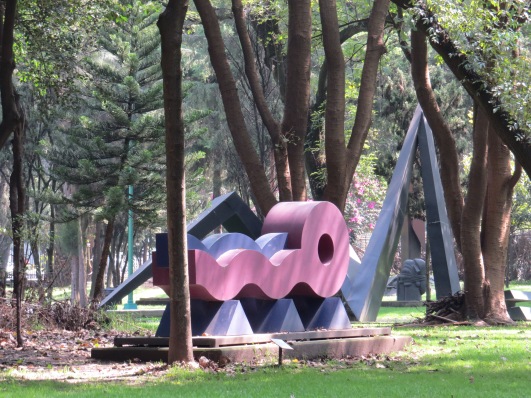 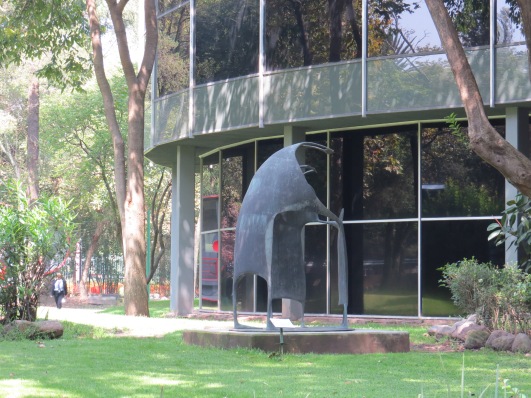