I usually pride myself on my ability to get to know a city quickly. Not a massive claim to fame, I know, but my sense of direction, my orientation within the hustle and bustle of a metropolis, is something I feel genuinely confident about. I’m not, external evidence to the contrary perhaps, a particularly self-confident person (pipe down, you in the cheap seats), and I certainly make very few legitimate claims to actual skills, underplaying even those that I have. But getting around a city I’ve known for even just a few short days? That, my friends, I can do. 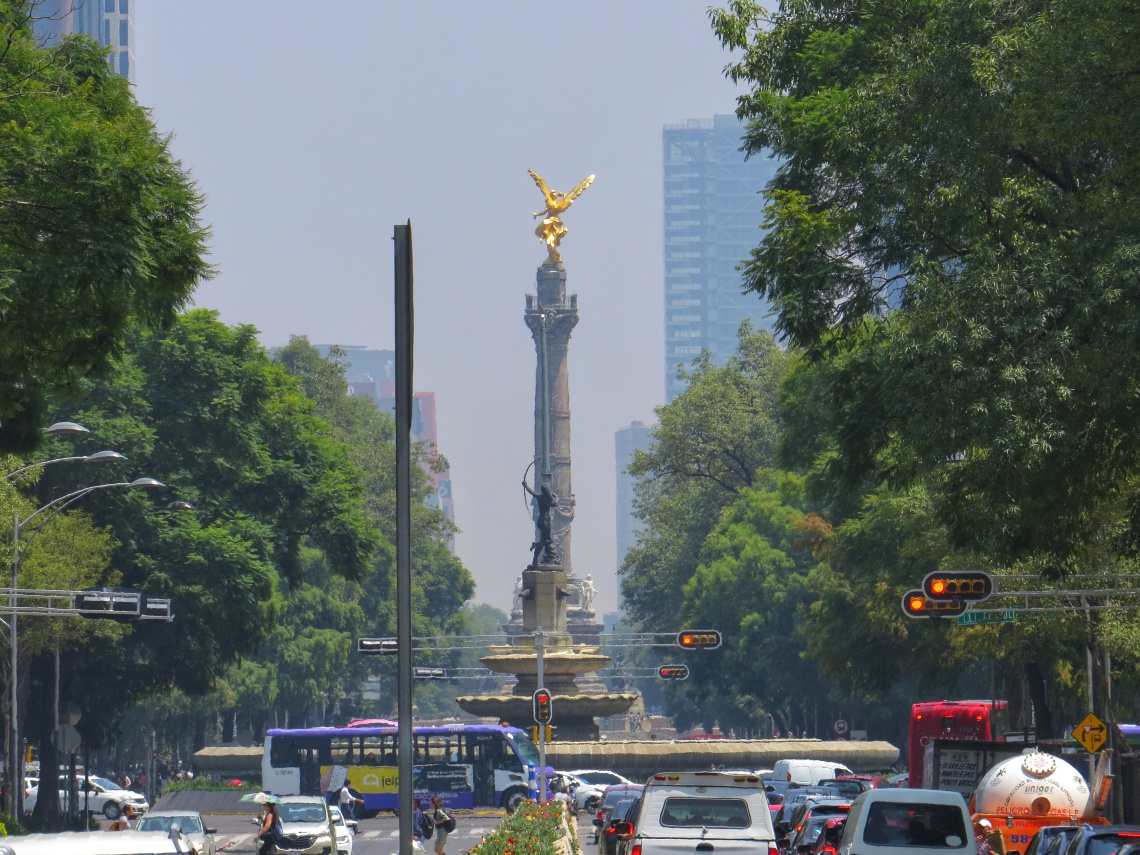 It has been troubling, therefore, to find myself completely bemused trying to get around in el D.F. Granted, the city is complicated – huge, with an extraordinarily chaotic transport system, and an immense amount of large 3-4 lane highways thrust like gashes across, through and around the otherwise regular grid system of the colonias. And true, a city of this size is essentially impossible to properly understand. However, for some reason, the most basic of things has been at the heart of my confusion – I can’t tell north from south.

I walk out of Myriam’s house, through the narrow, twisting alleys that lead to the main road…and stop. I’m catching a bus south, to Barranca del Muerto, and every instinct in me screams that the road, 6 lanes of traffic going only one way, rising gently into the smog, is heading north. Why, I don’t know. Maybe I equate uphill with ‘up’ on the map? Maybe being accustomed to a city with a river, where there is always a fixed direction, an understanding of how the city turns, of what it pivots around, means without such a geographical reference point I can’t function. Great. Maybe I’m just an idiot. Thankfully my trusty, if disturbingly nosy friend Google is in my pocket to set me straight, and I get to football on time.

But this keeps happening. For some reason, in the vast majority of cases when I leave a building, jump off a bus or park my bicycle, I find myself making the wrong choice and initially turning the wrong way, and almost entirely because I think the world is upside down. 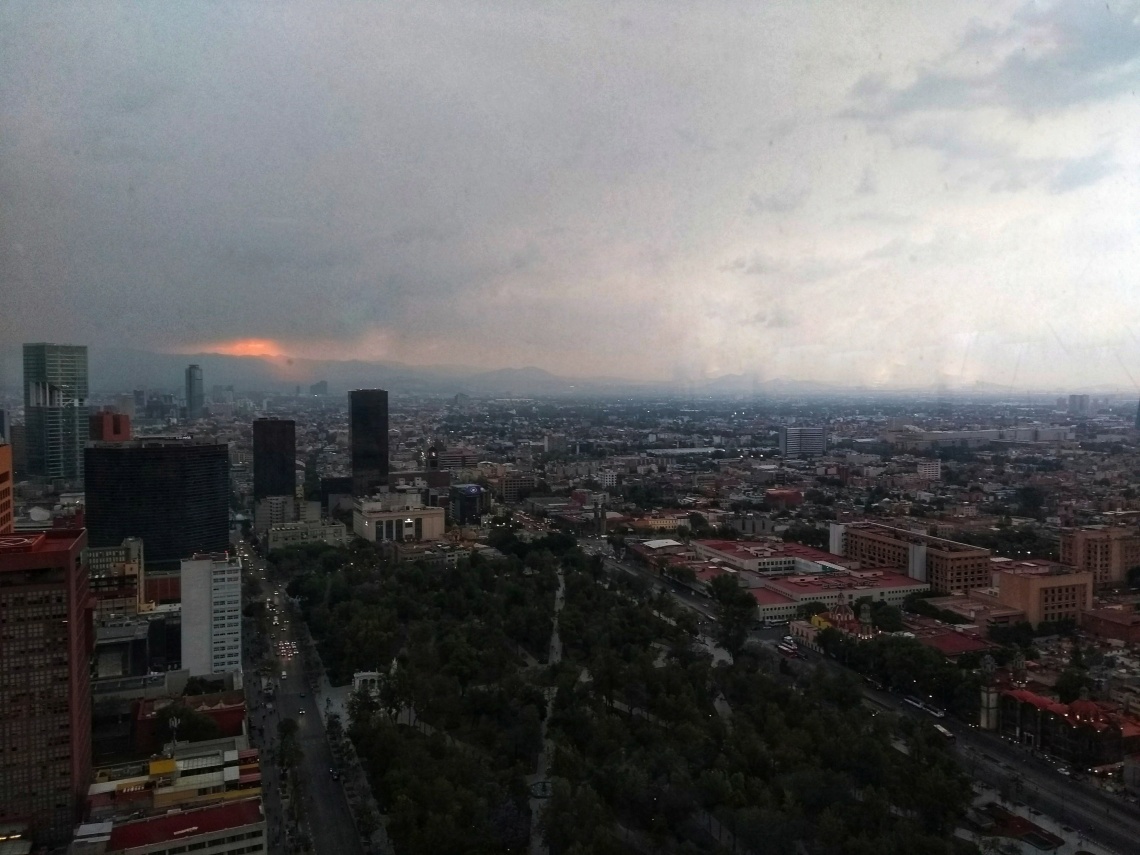 I should probably here come up with some cleverly worded, slightly romantic conceit about how turning my life upside down to come to Mexico has led to all the right things, and that striding boldly down streets I don’t fully understand is a metaphor etc etc, but that seems a rather trite and sappy explanation for what is largely just me being daft. If you want a bit of sap read my earlier posts, or go check out my Instagram.

The only thing so far that has even begun to address this problem is running. I wholeheartedly adhere to the belief that the best way to see, and get to know a city is by running through it. You move slower than by car, or bicycle, so you can take in where you are, and what the landmarks or points of interest are, but you cover so much more ground than on foot. You also don’t fall prey to the confusion that trying to overlay an orderly, sensible transit map on the sprawling, illogical chaos of an actual city usually brings. With my particular problem, running for seven miles in a roughly straight line, north to south, was the first thing that began to readjust my misfiring internal compass, and help me affix real places, streets and landmarks onto the slowly unpixelating map of this mad city that is currently in my head. 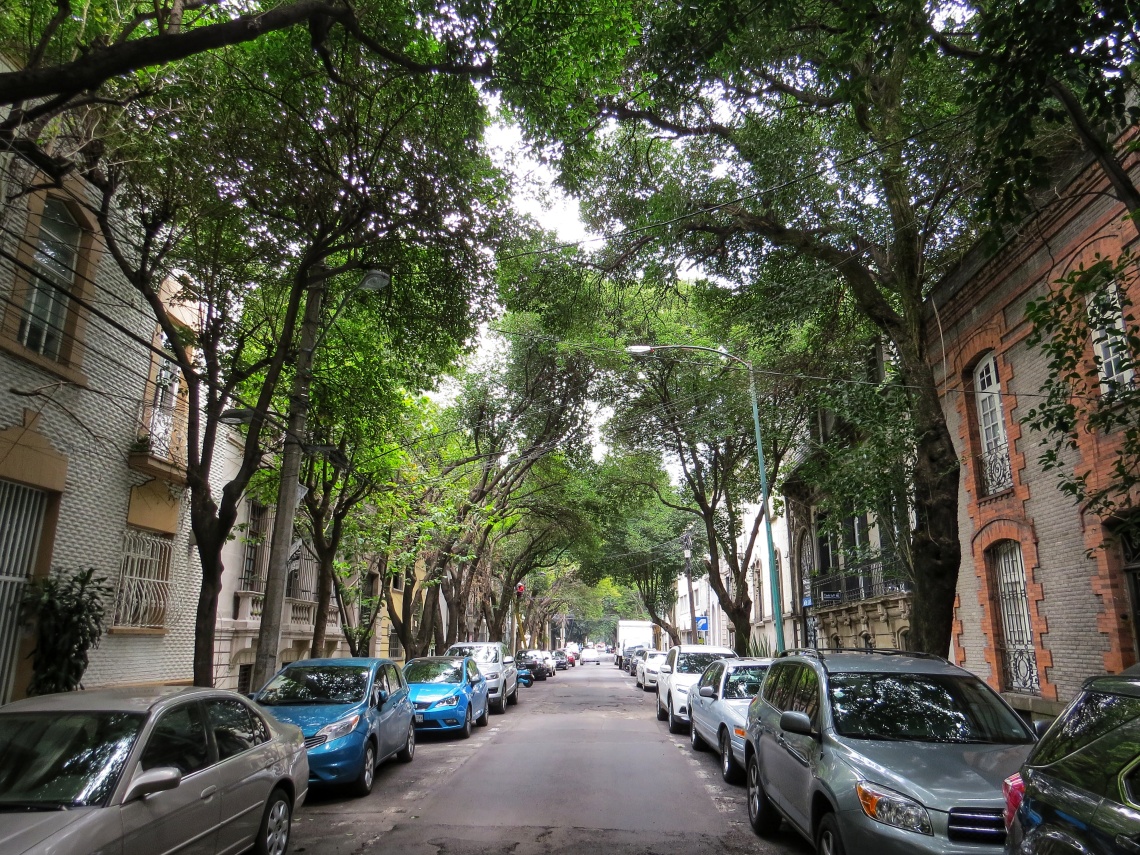 I’ve managed to fully conquer Condesa, pacing up and down tree-lined Mazatlan, and around Amsterdam, until I recognise the houses, the street names are familiar and the grid slots into place. Running to Coyoacan, with the prospect of churros rellenos driving me forward has helped provide a fixed southern point, and Chapultepec Castle, with Polanco just beyond the crest of the hill, sits in my head as the northern bastion of my geography.

I’m hoping as I continue to jog up, down and across the almost deliberate chaos of this weird and wonderful place that at some point something will just click, and everything will tip the right way up. Until then I guess it’s just a question of resigning myself to getting lost every now and again, which given how many beautiful, hidden spots there are here is really no great hardship.